January, 2019
Headed West!
Sarah will be on tour with Phil Kaye in California for a good chunk of January. Info in the sidebar, or click the image for ticket links! 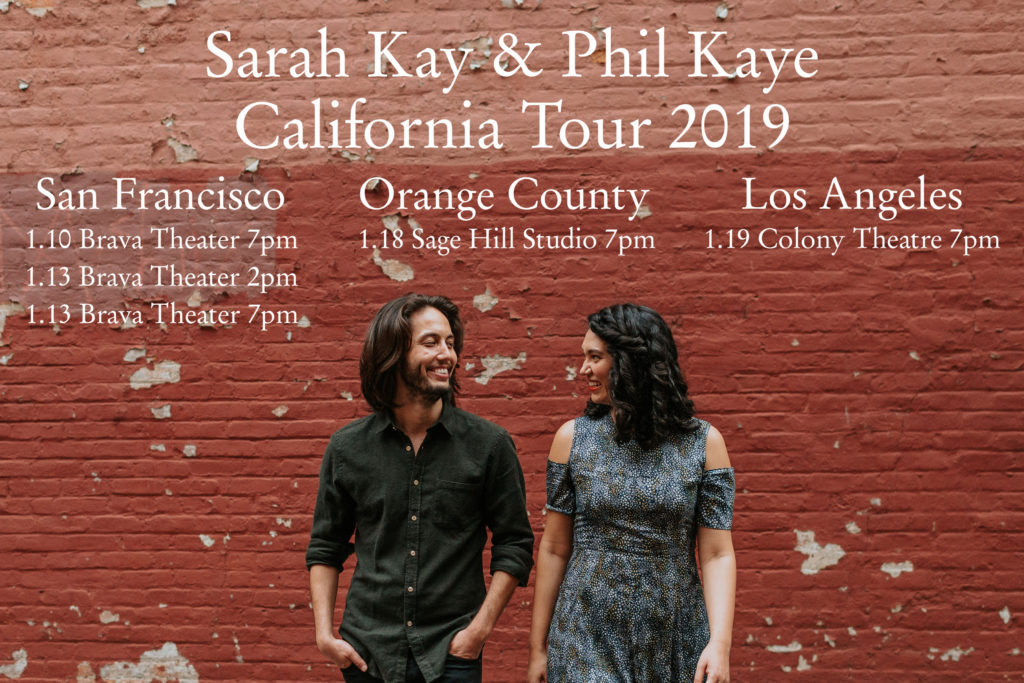 Sarah Kay & Phil Kaye Live in NYC!
Sarah & Phil can’t wait to be back in Brooklyn. Come check out their show at the Bell House and hide from the cold! Tickets on sale now. *Please note this event will be mixed seated/standing. Arrive early for best seat selection.

Sarah Kay & Phil Kaye Live in Los Angeles!
Sarah and Phil are at The Colony Theatre in LA! Tickets are available now.

Sarah Kay & Phil Kaye Live in San Francisco
Show #1!
Back in the Bay! Tickets are on sale now!

A Velocity of Being Reading at the New York Public Library
To celebrate the book release of A Velocity of Being, a number of its contributors will take to the stage at The New York Public Library to share their letters, each reflecting on how their character has been shaped by a lifetime of reading. Art from the book will be showcased throughout the evening as well, and many of the contributing artists will be in attendance. Featured readings and performances by: Jad Abumrad, Paola Antonelli, Sophie Blackall, Alexander Chee, Mohammed Fairouz, Adam Gopnik, Paul Holdengräber, Sarah Kay, Dawn Landes, Janna Levin, Morley, William Powers, Amanda Stern, Mariahadessa Ekere Tallie, and Naomi Wolf.

All proceeds from A Velocity of Being will benefit the public libraries of New York City. The event is free, but you need to register ahead of time! Priority will be given to those who have registered in advance, but registration does not guarantee admission. All registered seats are released shortly before start time, and seats may become available at that time. A standby line will form one hour before the program.